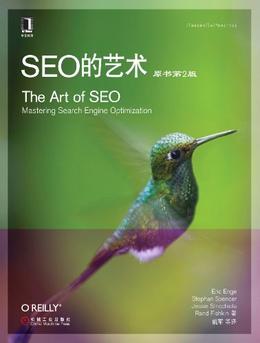 IN 2004，WHENI DID MY FIRST PROFESSIONAL WORKIN THE FIELD OF SEARCH   engine optimization， Google was estimated to receive～200 million searches each day. In 2014， that number jumped to more than 6 billion， a 30x inaease over 10 years. Since its inception， web search has been a powerful tool for people to find what they need， and as a result， it's also been a powerful channel for those seeking to attract attention， traffic， actions， and customers. But in 2004， discovering how search engines worked and how to drive that traffic was a daunting challenge.   Web forums， blogs， and a handful of industry news sites were the first to take on the problem. They built communities and published resources to help both industry insiders and those aspiring to leam SEO. That's where I first cut my teeth. But learning from those sources was hard work-and there were no alternatives. Schools didn't teach SEO (the great majority of them still don't)， online courses were extremely rare (and many were low quality or straight-up misleading)， and there were almost no books on the subject.   When I founded the SEO moz blog (which became the company known today as "Moz")， my mission was to educate and to learn by doing so. Nothing has made me a better student of SEO and of marketing than being forced to write about and teach it to others.   That's why it was a great honor to have been one of the contributing writers for the original two editions of this book. When we finished that first full draft， I remember skimming through it and thinking， "Man...I wish they'd had this when I was learning SEO." That was a good feeling.   Search engines are complex. The Web is massively complex. And the human beings doing the searching， sifting， clicking， and converting-they're the most complex of all.   But all that complexity shouldn't create an impenetrable wall for those seeking knowledge. In the ast， when it has， the reputation of SEO itself has suffered. CMOs， marketing managers， and mall-business owners have hired or contracted professionals to perform SEO and been frustrated by the process， the requirements， and the results， often because they themselves didn't know enough about the practice to make a good choice or to acted the right expectations.   By pulling back the veil on SEO， those of us tasked with teaching are enabling the right experations to be set， the right people to be hired， and the right results from SEO investments. Arguably， no one is more qualified or has done more than the team of writers， editors， and praaitioners behind this new edition of The Art of SEO. In this book， you'II find not only the wisdom of its authors， but the work of thousands around the world whotve contributed their insight direaly (and are properly ated， of course) and indirealy (we thank you， too， unacknowledged teachers of us all) to transparency in a sometimes too-opaque field.   While I could not personally contribute to this edition as I would have liked， it was my honor and privilege to once again grace these pages (even if only in plus paltry foreword) alongside such an excellent team. Welcome to The Art of SEO.